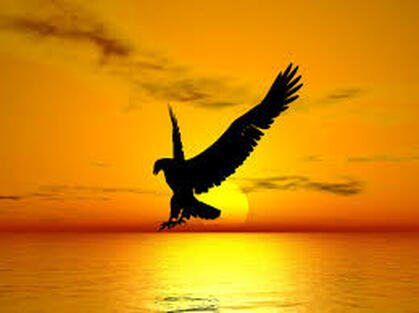 Many of us are concerned that the growth of government in every area of our lives is getting worse. As the new president of FEE, I too worry about the future of free markets and individual liberty. Even now, socialist slogans—eerily close to ones I heard growing up in Lithuania under the Soviet Union—are being resuscitated in the U.S. and, indeed, around the world.
​
This prompts the question: Are the ideas of liberty losing to the collectivist ideas of socialism?
Allow me to share three points on this question that I discussed this past week with 760 attendees at FEEcon 2019, our annual conference here in Atlanta.

To my first point, socialism, big government, and over-regulation are nothing new. Many forms of government intervention and collectivism existed before anyone had even coined these terms.

One of the first surviving written documents is the Code of Hammurabi, from Babylonia dating 1754 BC. A depressingly large portion of this code is devoted to regulating the economy.

Or we can look at the Edict of Diocletian, Rome, 301 AD. Here is an excerpt from the document in which the emperor imposes price controls.

“And to the avarice of those who are always eager to turn to their own profit even the blessings of the gods ... and to the business of retail dealers … who, individually … seek private gain and are bent upon ruinous percentages of profit—to their avarice … the regard for common humanity compels us to set a limit.”

This sounds oddly modern—like an articulate version of Bernie Sanders.


Marxists of all stripes have long employed a notion that since communism comes later than capitalism, communism is therefore superior to capitalism. Of course, we know this is wrong, but I have this sense that sometimes we present free-market ideals as something from some bygone era to which we must return.

We should instead view freedom as something to both sustain currently and solidify for the future–not something lost to the past, but a future goal for which we should always strive.
Second, are younger generations really flocking to socialism and its destructive ideas?


Many studies seem to indicate that today’s young people are rapidly embracing the dangerous ideas of socialism. In 2018, Gallup polling indicated that 51% of 18-29 year olds held a “positive view of socialism.” Our knee-jerk reaction is along the lines of dismissive comments such as,“Millenials and their smartphone socialism are so detached from the real world.”

However, we should note that in 2016, 55% of 18-29 year olds held a positive view of socialism—actually indicating a slight decrease of young people’s embrace of its ideas.

And that is the primary problem that FEE is solving.

We have found that “Millennials are primarily worried about freedom/justice, too much/too big government, the environment (global warming), the cost of education, broken government and corruption, having a career, and being independent. These young people are also incredibly entrepreneurial with “over 50% of 23-34 year olds aspiring to have their own business.”

How do we tap into that sentiment and address the concerns of this generation?

Young people care about the world, and, if we are to win the battle of ideas, we must show them in terms they understand how free markets solve the problems they care about most deeply—and does so better than socialism.

My third point, which builds on my first two, pertains to FEE’s mission in this brave new world. The battle of ideas is still raging on. Socialism was not born in the Soviet Union and, unfortunately, did not disappear into the dustbin of history along with it. Socialism did not go extinct, but mutated, survived, and is now working daily to undermine the principles of free markets and individual liberty.

To quote Kevin Spacey in The Usual Suspects: “The biggest trick the devil ever pulled was to convince the world he didn’t exist.” As long as there are unhappy people, there will always be politicians who suggest that the cause of their unhappiness is the success of others—and they will undermine the ideas of capitalism at every turn to prove this false point.

Are we winning this battle? Well, we have not yet lost—and now is certainly not the time to head for the hills, nor to barricade ourselves in ideological fallout shelters to wait out the apocalypse.

We must reach the rising generation with the ideas we hold dear–the ideas we know allow individuals to build prosperity and fulfillment for themselves and others.

We must show them in terms they understand how free markets and free societies can solve the issues they care about so deeply more effectively than any government or oppressive economic system.

We must effectively show them that “capitalism” is not a dirty word but truly the path to prosperity for all—and that socialism has only ever brought destruction to every society it has touched.

Among the youth, both in America and abroad, the embers of liberty have been preserved. Now, let us start wildfires for liberty.

This is what FEE has done for 73 years and this is what we will continue to do with more drive, determination, and grit than ever before—and I am honored to have your support in this endeavor.