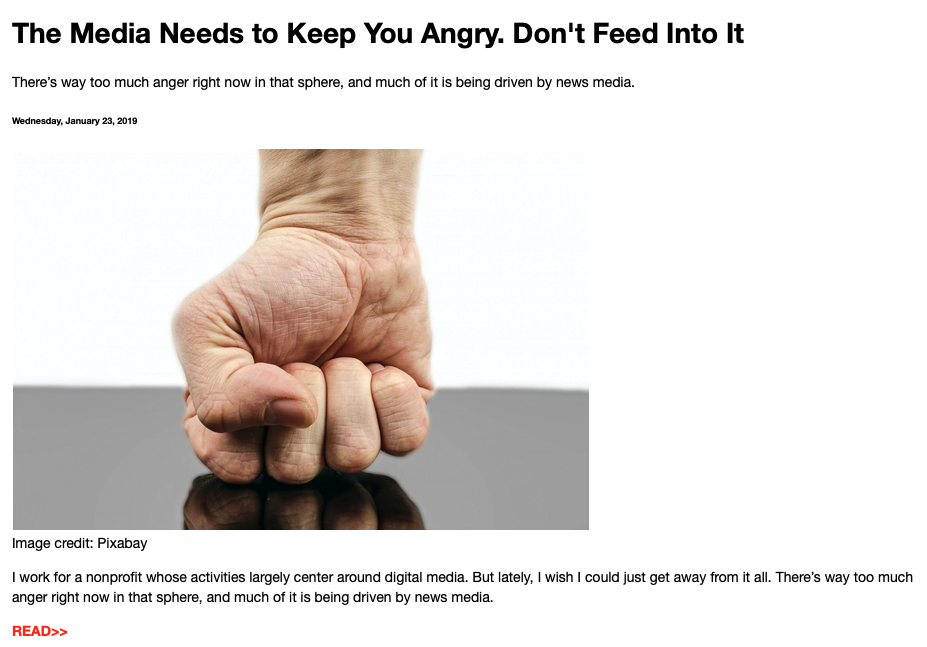 ​What Was That About Media Bias? Research Shows Just 7% of Journalists Identify as Republicans.

Left-wing media bias is real, according to a research poll conducted by journalism professors at Indiana University.
Despite dismissals from the very liberal establishment the media benefits, the truth is that a miniscule percentage of journalists identify as Republicans. While in an ideal world this shouldn't skew a journalist's ability to be objective, it does. Because, after all, journalists and the outlet executives for whom they work are subjective beings.
In some cases the political slant in an article or news segment is blatant, as was the case during the last Republican debate moderated by CNBC. Other times, the bias comes from omission, or slight variations in word-choice, thus making it more difficult to detect and prove -- but it is there nonetheless.
Those who believe authentic journalism still exists claim that a journalist's personal politics offers no impediment to reporting a story objectively, but the research tells a different story.
Only 7 percent of journalists identify as Republicans, according to a research poll. What's more, those who do align with the GOP end up donating to Democrats. The Washington Times shares more on the survey's findings:
And self-proclaimed Democratic journalists outnumber Republicans by 4-to-1, according to research by Lars Willnat and David Weaver, professors of journalism at Indiana University. They found 28 percent of journalists call themselves Democrats, while just 7 percent call themselves Republicans — though both numbers are down from the 1970s. Those identifying as independent have grown.
Among Washington correspondents, the ones who dominate national political coverage, it’s even more skewed, said Tim Groseclose, author of “Left Turn: How Liberal Media Bias Distorts the American Mind.” More than 90 percent of D.C. journalists vote Democratic, with an even higher number giving to Democrats or liberal-leaning political action committees, the author said.
Detractors, like David D'Alessio, a communications professor at the University of Connecticut at Stamford, claims that media bias has no real impact on our lives and that bias has in fact "evened out" with the advent of online blogs providing counter-points for a vast array of political leanings.
“If you stop to think about media as larger than just reporters and owners they’re business entities and their job is to make money. If you look at where people’s opinions are, they are in the middle, so that’s where a lot of reporting goes because that’s where the eyeballs go,” he said. Mr. D’Alessio argues that for every liberal news network like MSNBC, there’s a Fox News counterpoint because the market creates that opening. For The Huffington Post online, there’s the Drudge Report online, and for The New York Times there’s the New York Post.
D'Alessio fails to acknowledge, however, that while some balance might be found online, or with the lone right-leaning media network Fox News, the majority of large, mainstream media outlets are in fact left-leaning. Large, mainstream media outlets are from where the majority of the general public absorbs its news and shapes its views.
And the research bears out:
People’s voting patterns are influenced by which kind of media they follow, according to a study done by Alan Gerber, a political science professor at Yale University. Mr. Gerber offered people in the Washington metropolitan area a free subscription to either The Washington Post or The Washington Times for several weeks ahead of a gubernatorial election. The Post, by his estimation and work done before, slanted as much to the left as The Times did to the right. In a survey he conducted after the election, Mr. Gerber found those who were given a free subscription of The Post were 8 percentage points more likely to vote for the Democratic candidate for governor than those assigned to the control group.
Nonetheless, all the research in the world will never convince the Left -- which thinks that media bias actually favors conservatives -- that it holds all the cards in terms of swaying the American public, and that it propagates a harmful double standard when it comes to conservatives.